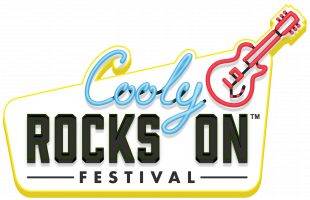 The team behind Connecting Southern Gold Coast are celebrating after the ninth annual Cooly Rocks On Festival was named a Bronze winner of the Best Major Festival and Event in the state at the QLD Tourism Awards held Friday November 9 on the Sunshine Coast.

Setting record numbers from June 5 to 9 this year, Cooly Rocks On is one of the largest free events in the country with 120,000 people visiting the precinct for the five jam-packed days and nights of outstanding entertainment celebrating cars, music and culture of the 50s, 60s and 70s.

The Noosa Tri took the Gold gong, and CEO of Connecting Southern Gold Coast Josh Martin says being named a Bronze winner out of every major event held in the state of Queensland is a special recognition for the small team and everyone involved in the Cooly Rocks On.

“This is incredible as it recognizes how hard the team works to present a world-class event for the Gold Coast and how the spirit and history of Coolangatta is kept alive with our event.”

Mr Martin adds “I am so proud of my team and would like to thank everyone involved in making Cooly Rocks On the event it is today.”

Next year’s festival will mark the event’s 10th year milestone and organisers are currently planning the biggest and best yet.

Cooly Rocks On is supported by Events Queensland and the Gold Coast City Council as part of a growing calendar of cultural, sporting, business and regional events across the state.

The vital support from these major sponsors, along with media partners and suppliers has meant that this prestigious event has been able to remain completely free to the public, a fact that the Southern Gold Coast region remains very proud of.

ABOUT COOLY ROCKS ON

Following the success of the Cooly Rocks On festival (June 5 to 9, 2019) which attracted 120,000 attendees over five days, the Southern Gold Coast is stamped as a standout location to attract major events for the city.

Cooly Rocks On delivered record results growing 15% on last year with over 35,000 visitor nights and dropping an $8.13 million economic impact with 52% of attendees travelling to the festival and with 2020 being the 10th anniversary of the event, plans are underway to make it the biggest event ever.

The 10th year milestone sees Cooly Rocks On cemented in the fabric of the Gold Coast community and we will see more cars, more artists and more entertainment than has ever been assembled as the precinct steps back in time to the days when Coolangatta was the hippest place to be.